Exercising or having sex periodically may increase the risk for a cardiac event, but overall risk is low 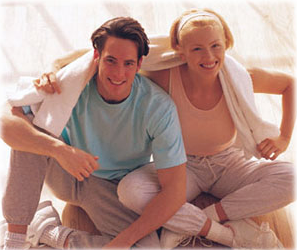 According to KTLA, exercising or having sex could increase chances of having a cardiac event in the short-term, although the overall risk is low and decreases with regular exercise, a study finds.

However, the more exercise people did, the lower their risk of acute cardiac events. For each time someone exercised during the week, the relative risk of a bout of exercise prompting a heart attack decreased by about 45%, and for sudden cardiac death it decreased 30%.

A person’s health is key to the result they can expect following plastic surgery. Dr. O’Toole explains to his patients not only the importance of their health  for presurgical reasons, but also to maintain their plastic surgery results after surgery. Procedures such as abdominoplasty and liposuction can easily lead patients to believe that they don’t have to worry about diet and exercise ever again. The truth is, it is imperative that they maintain a stable weight for the best lifelong result.