Cher immortalized on the Hollywood walk of fame 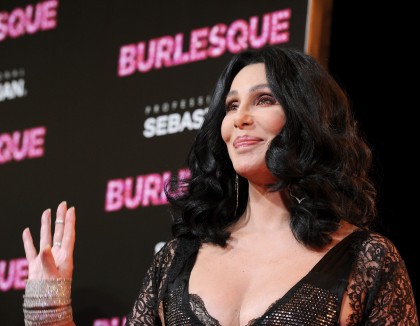 According to CBS.com turns out the singer and Oscar-winning actress will have her hand prints and foot prints cemented onto Hollywood Boulevard Thursday, less than a week before the opening of her latest film, “Burlesque,” in which she plays a club owner and star-maker with a new prodigy – played by Christina Aguilera.

The El Centro native and high-school dropout got her big break in the early 1960s when she landed a job, with the help of Sonny Bono, as a backup singer for now-imprisoned record producer Phil Spector.

She and Bono worked together as a singer-songwriter team and eventually decided to sing as a duo. A year after they married, their single “I Got You Babe” shot to the top of the charts.

After a string of top-10 hits, the couple began “The Sonny and Cher Comedy Hour” in the 1970s, a show that made them household names. The show lasted until 1974, when the couple broke up.

Cher won an Oscar nomination for her role in “Silkwood” and went on to appear in “Mask” in 1985, and films such as “The Witches of Eastwick” and “Suspect.” Cher hit the jackpot when she starred as Loretta Castorini in “Moonstruck,” winning an Oscar for best actress.

More amazing than the honor Cher received today is the fact that in this entire report plastic surgery was not written about all. Could it be that Southern California has become used to the idea that celebrities are supposed to look like a have had plastic surgery? In all seriousness,Cher has been fairly open about her plastic surgery over the years. Dr. O'Toole advises his patients not to look at celebrities as examples of what they could or should look like. Dr. O'Toole performs a very natural looking facelift. His goal is to avoid a tight plastic look that is the void of expression. Contrary to popular belief most patients want to look like themselves only better.