Octomom’s doctor may lose his license is it possible she had eight babies and did not lose her shape? 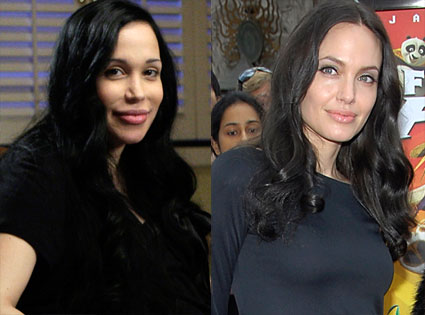 According to The Los Angeles Times state licensing hearings are set to resume for the fertility doctor whose in vitro treatments resulted in “Octomom” Nadya Suleman’s octuplets.

In the hearings slated to restart Monday, The Medical Board of California alleges Dr. Michael Kamrava was negligent in the treatment of Suleman and two other patients. It’s seeking to revoke or suspend his license.

The hearing kicked off last week with sometimes tearful testimony from Kamrava, who apologized for implanting Suleman with 12 embryos during questioning from his lawyer.

The Beverly Hills fertility doctor said Suleman insisted on implanting all 12 embryos, and consented to fetal reduction if too many fetuses began growing in her womb.

The state’s lawyer will have an opportunity to cross examine Kamrava this week.

Regardless of how this case ends, no one can dispute the amount of publicity it has garnered. The most controversial being the unveiling of Suleman’s body in a bikini on the cover of a national magazine after giving birth to eight babies at once. She claimed in the article that she did not have any plastic surgery. It appears that no one believes her. Dr. O’Toole consults with patients post pregnancy, including those who have had multiple births. Most of the time at the very least the skin on the abdomen has been stretched along with the abdominal muscles. Dr. O’Toole recommends an abdominoplasty, which will remove the excess skin and tighten the muscles. He can perform liposuction on the love handles and lower back to give the patient a smaller and more aesthetically pleasing waistline. In most cases, this is the only way for women to return to their pre-pregnancy shape.